Ask The Author
My trip
Shop the story

#Edinburgh is one the few cities which has maintained its old-world #charm even today. The city has a heady mix of rich #culture, including castles and museums, as well as lovely spots to explore #nature, while also providing nightlife, shopping, warm people, and everything you need for a perfect holiday.

During the Roman period, there were several small settlements in and around the Castle Rock, which is now the site of the Edinburgh Castle. But the Romans never occupied those settlements. These were the stronghold of the Goodwin tribe and they named it Dun Eidyn (in Gaelic) meaning ‘Hill Fort’. Once the English captured large parts of Scotland, which included Dun Eidyn, the name was changed to Edinburgh. A fortified English settlement is referred to as Burgh/Burg hence the name Edinburgh. Right from the name there is so much history attached to this beautiful city.

Living in the UK, a trip to Edinburgh is always on the cards. My husband and I decided that we would do a trip to Edinburgh when we got to Scotland. June to August is a good time to visit the city but it can get very crowded during August owing to the Edinburgh Festival.

...a trip to Edinburgh is always on the cards.

We went to Edinburgh in August but it was pretty okay. We stayed at the Holiday Inn Express as it is in the heart of the city. It’s a functional hotel but the rooms are very comfortable.

The shower is the best part of the room especially after a tiring day. The breakfast spread is pretty decent but it can get very crowded especially during the holiday season. The weirdest thing we discovered about accommodation in Edinburgh is that we had to pay for parking even though we stayed at the hotel. I guess its because space is hard to find in the city.

One way to be smart about a visit to Edinburgh is to take the Edinburgh bus tour, which will save a lot of time and cover all the key attractions. The Royal Edinburgh Ticket, which is valid for 48 hours, gives a peek into all the royal attractions in the city. But we wanted to do the trip at our own pace so we didn’t do the bus tour.

Since this was our first trip here, we wanted to visit all the key attractions. We started with the good old Edinburgh Castle, which is all about Scottish history. We took a half-day to complete a tour of the castle.

The entrance fee ranges from 10 to 16 pounds depending on the age. It is a bit pricey but worth every dime. Finding parking was the biggest challenge. We literally went in circles to find parking. The walk up the Royal Mile is to die for and we really felt a part of the royal family. The Crown Square, The Great Hall, The Half Moon Battery, The Scottish National War Memorial and the massive Mons Meg Cannon were the highlights of the tour. I loved the Scottish National War Memorial especially the books with the names of all those fallen in war. We also had a lovely view of the city from atop the fort. On the way back from the tour, we got to interact with a man dressed up as a Scottish War hero. He told us some interesting trivia about the bravery of the Scots. We even tried the sword and spear he had with him and posed with it for pictures. It’s not one of those ‘WOW’ experiences but it was a lot of fun especially for my son.

After visiting the colossal Edinburgh Castle, we also wanted to experience a not-so-famed attraction. We chose the Stirling Castle, which is equally important but less popular than the Edinburgh Castle. This was the place where all the nobility met and made merry while also discussing important Government policies. Unfortunately, we reached it just around closing time so we couldn’t do a tour of the castle. We just walked around the castle and cemetery. The walk turned out to be quite exciting in the end. We chanced upon a Victoria Cross, which was instituted to celebrate the taking over of Delhi by the 75th Stirlingshire Regiment that served the British East India Company. It was very interesting for us especially because we are Indians. We also discovered that the castle is home to the Star Pyramid, which is dedicated to all who fought for civil and religious liberty. We were quite satisfied with this short visit rather than a detailed tour of the actual castle. We had already had an overdose of history and architecture for the day.

We always do a few kid-friendly activities as well as it keeps the balance. We found out that there is a Railway Museum, the largest in Scotland, about 45 minutes from the city in a small town called Bo’ness. The Bo’ness & Kinneil Railway and Museum managed by the Scottish Railways is truly a hidden gem.

The Bo'ness & Kinneil Railway and Museum ... is truly a hidden gem.

The railway station has been kept the same way as was in the olden days.

So, it was a lovely experience to see parcel boxes, luggage and mail in sacks kept ready for delivery; black wooden benches for seating and massive old clocks hanging from the ceiling. There is a steam train ride from Bo’ness to Manuel station that lasts for an hour. We chose to go by First Class. The ticket collector opened the door for all the passengers and ensured that we were comfortable. He even punched the ticket once the train left. It is a very slow ride but we had a wonderful time with the train traversing across the countryside. There is a pantry car for some short eats and juice. There is also a small train museum, which shows how differently trains worked in those days with working models. They don’t have an advanced online booking system. We had to send an email to block the tickets and pay on arrival.

After all that sightseeing, we wanted to simply explore the city. So, we parked our car at the hotel and walked along the cobbled streets. Whilst we were walking on the cobbled streets, we realized that on the one hand there are these high-rise buildings, branded stores, Starbucks Cafe and on the other, these medieval castles and parks. That’s the most interesting aspect of this city.

It was actually an entertaining and educational trip. We did learn a lot about the history and culture of Scotland while also having fun. The weather didn’t play the spoilsport either. 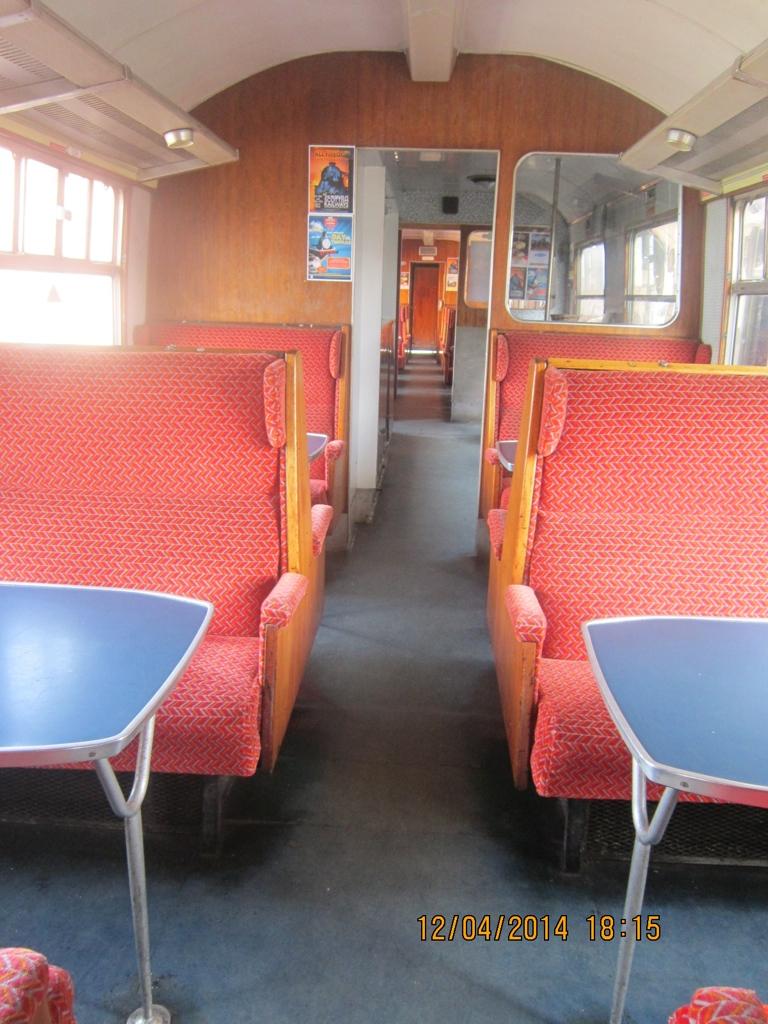 to receive new story and activity ideas in your inbox.

Keep inspired By other stories