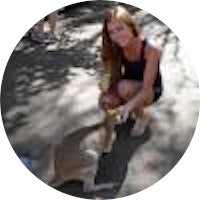 Anna Lysakowska is a blogger, editor and translator.
She has visited more than 46 countries and lived in 7, including Mexico City, Boston, London, Cape Town, Florence and Amsterdam. She studied journalism at Harvard, international law at Oxford Brookes and obtained her Masters in Latin American Studies from Leiden University. Since 2013 she has been residing in the Netherlands where she works for a marketing company, but this doesn't stop her from travelling.